The civil war in Sri Lanka which ended in 2009 was in the Mullaitivu area of Vanni. The civilian population suffered severe casualties, displaced and disabled. In response to this situation, a small number of volunteers formed a group in 2010 with the aim of identifying people who needed assistance in the affected areas of Vanni. A volunteer from Sydney traveled to the war affected remote villages interviewing the displaced families, the injured and disabled, recording their stories, current circumstances, and urgent needs. The collected information was circulated to friends and relatives who came forward to give financial assistance, who then chose cases they were interested in supporting. The selected cases were then connected to those who wanted to help. Operating under the name “Tears of Vanni” fund-raising events were held enabling us to deliver help on a larger scale using local NGOs in Sri Lanka. To formalize the operations “VANNI REHABILITATION” was founded in 2013 in Sydney Australia. 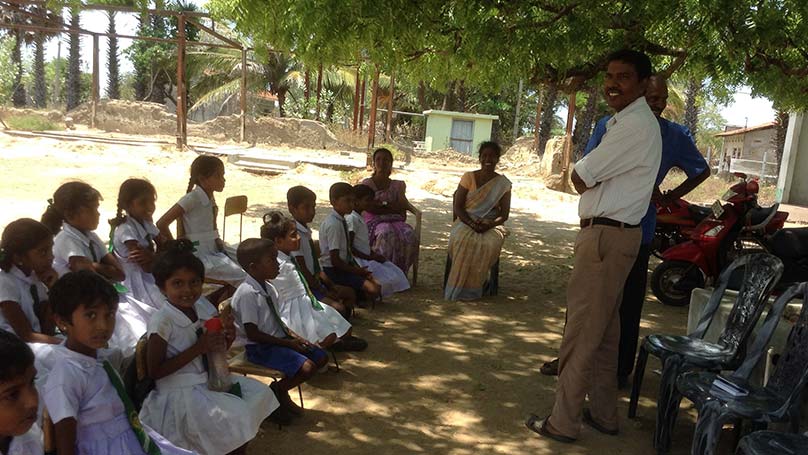 How We Collect Information On Needs

We identify individuals or families who need assistance by collecting information through In country NGOs and field officers visiting and interviewing families, Regular visits to the affected areas by volunteers of Vanni Rehabilitation evaluating all requests for assistance received, by direct interviews.

Over 1500 underprivileged children were issued with school uniforms, school bags, shoes, water bottles and other educational material encouraging them to attend school. School Breakfast Programs resulted in higher school attendance. Provision of bicycles to children walking more than 3km to school. Additional coaching and encouragement through Evening/weekend classes and school excursions increase the happiness of children 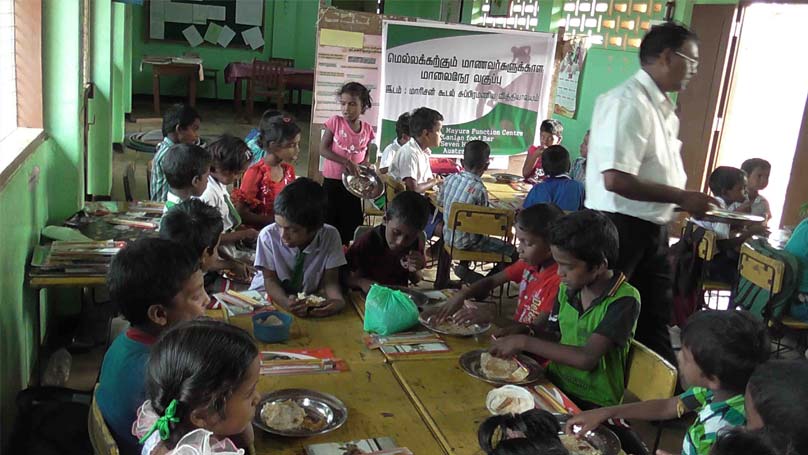 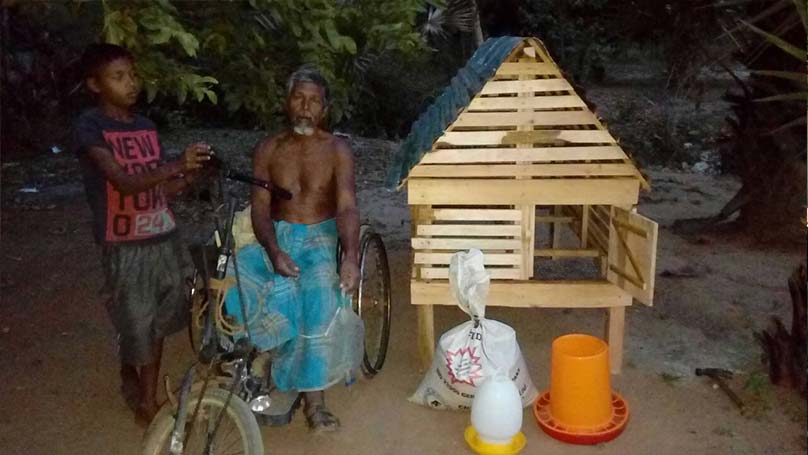 Raising funds through various charity events, soliciting donors and then distributing funds/or material assistance on priority decided by us or sponsors. All collections and disbursements are banks to bank transfer and no cash handling are accountable for all the funds collected and our system of money allocation is transparent.100 % of funds collected reach needy families and no administration costs. We have field officers working at grass root level and we are in regular contact with them. We regularly visit and ensure that the deserving families are receiving the allocated livelihood funding. We monitor the progress of projects send photos and letters of acknowledgment from the beneficiaries to the relevant sponsors. 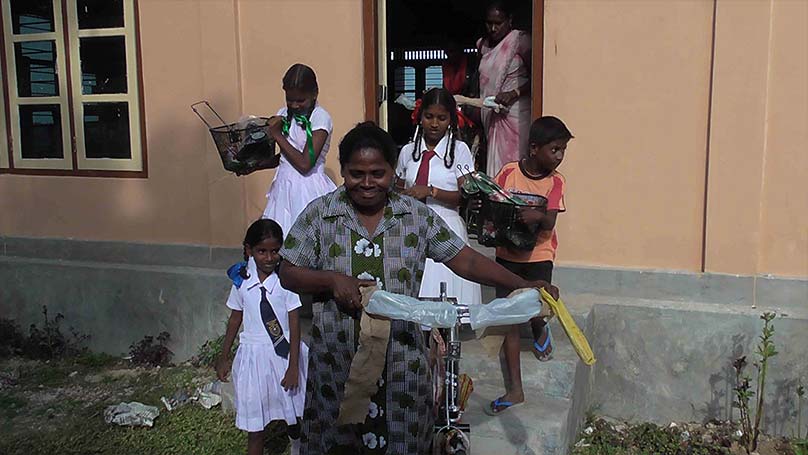 We are committed to provide material and moral support for war affected people of Sri Lanka in rebuilding their lives and their villages.

It only takaes a minute to set up a
campaign. Decide what to do. Pick a name. Pick a photo.

After your campaign is over, we’ll send 100% of what you raise directly to the field. We’ll keep track of where it goes.

When a community gets access to clean water, it can change just about everything. It can improve health,

If donation becomes a habit, the word poor will have its death. Let us give another life to the poor and hopeless.

If you are willing to donate 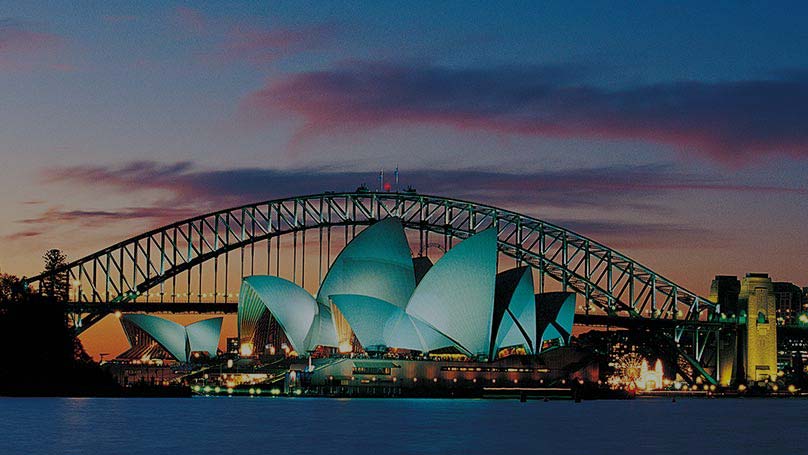 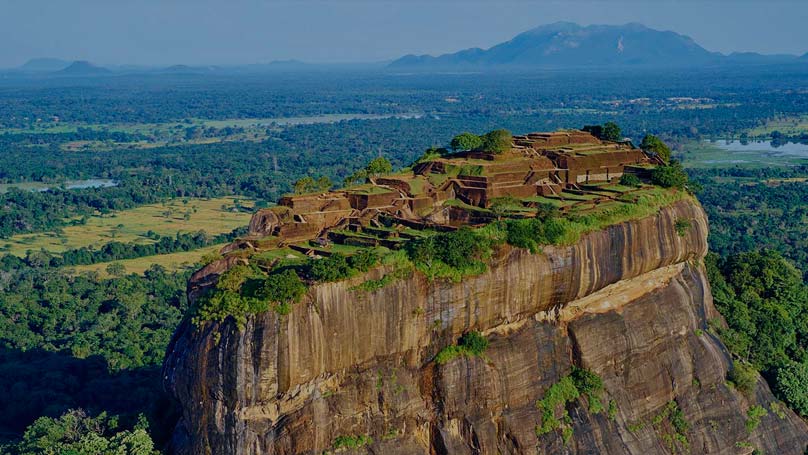 Our Donors And Sponsors Say About Us

Vanni Rehabilitation a charitable organization based in Australia has been partnering with us in assisting to improve the lively hood of disable and women headed families at Vanni They have done some projects mentioned below over the past two years with us in Vanni. Livelihood projects for women headed families, Disable people at Vanni. Oil mill at Vattapalai lease signed and started at a small scale and oil extracted from locals bringing copra. Two sent to India to the article limps in collaboration with Uthavum Karangal, India. We wish them to continue the service.

Children’s Hunger Relief Fund-UK, is a registered charity in England, (ReS. No 1138753).It was founded soon after the war ended in Srilanka in 2009, with a view to helping the children affected by the war by giving milk, food and clothing But over the years, we gradually expanded our service by encouraging the widows, disabled and visually handicapped people in the remote villages to do self- earning projects with a view to make them self-sufficient. This resulted in constructing over 800 wells in the Vanni district helping them with their cultivation and livelihood projects such as poultry and rearing livestock.

Ceylon Tamil Association (CTA) of SA Inc. is one of the oldest community associations in South Australia which was established in 1983. CTA is a not-for-profit community organization fully managed by volunteers in South Australia. The primary objectives of CTA are to promote multiculturalism among communities in Australia and activities that foster interest in Tamil culture and language among Tamils and Australians. CTA also helps promote the plight of Sri Lankan refugees and promotes awareness of Sri Lankan Tamils’ affairs and aspirations to Australians. Vanni Rehabilitation (Tears of Vanni) have been working with CTA from 2013. In 2013, Tears of Vanni approached CTA to support some of the projects they have been doing in north-east of Sri Lanka for the war affected people. In 2016 and 17, CTA continued the association with Tears of Vanni as of the wishes of their members. CTA mainly engages with Vanni Rehabilitation, since funds transfers were transparent, all the expenses were documented, and CTA gets regular progress reports and follows up with the reference to the Projects delivered. In 2018 also, we are working with CTA to help the affected people in North and East of Sri Lanka. We are pleased to record that with CTA sponsorship, we have successfully completed 14 livelihood projects in the last 2 years from the fund collected at the CTA Annual Fundraising Dinners in 2016 and 2017 (approx. A$ 23,000) to support disadvantaged children, disabled and women headed families in the war-torn area of North and East of Sri Lanka.

A Testimonial of collaboration by Canberra Tamil Association with Vanni Rehabilitation In 1983 the small community of Sri Lankan Tamils living in Canberra felt the need for a formal identity for themselves and formed the Canberra Tamil Association (CTA). Today CTA is one of the largest cultural organizations in the ACT and surrounding region. CTA has always promoted awareness of the plight of Tamils in Sri Lanka during the difficult three decades since its inception. After the end of the civil conflict in Sri Lanka in 2009, we became aware of the extreme difficulties faced by the Tamils in the war affected areas. In 2013 we were contacted by Vanni Rehabilitation for support in fundraising to provide assistance to those suffering in Vanni and we gave them a hand by organizing an event in that year and again another one in July 2018. Vanni Rehabilitation (Tears of Vanni) volunteers based in Sydney regularly travel to remote locations in Vanni at their own cost to work closely at the grassroots level with the NGOs and volunteers in the region and collect information on the needy. This information was presented at the functions and resulted in several people becoming interested. The proceeds were remitted to Vanni Rehabilitation. ($6000 in 2013 and $11000 in 2018) Subsequent regular reports with evidence of delivery on projects and the use of funds, confirms that Vanni Rehabilitation operations are fully transparent and that 100% of funds reached needy families in Vanni. We have received letters of appreciation and positive feedback from the beneficiaries and schools principals.

Our Sri Lankan Partners Say About Us

The Board of Management of the Vattapallai Saiva Paripalana Sabai and trustees of our Humanitarian Trust Account do confirm that this account is used solely for transactions of Vanni Rehabilitation donations and sponsorship funds. All payments are made by the bank to bank transfer and all the supporting documents invoices etc are retained at our office. The account is audited annually.

Vanni Rehabilitation a charitable organization based in Australia has been a partnership with us in assisting to improve the lively hood of disable and women headed families at Vanni They have done some projects mentioned below over the past two years with us in Vanni. Livelihood projects for women headed families, Disable people at Vanni. Oil mill at Vattapalai lease signed and started at a small scale and oil extracted from locals bringing copra. Two sent to India to the article limps in collaboration with Uthavum Karangal, India. We wish them to continue the service.

This is certify that the Vanni Rehabilitation a charitable organization based in Australia has been working with us in assisting to improve the lively hood of disable and women headed families at Vanni. Also they have sent cloths in Australia to the needy children. We wish them to continue the charitable work.

Vanni area was heavily damaged by the conflict in 2008 and 2009. All the people displaced for a year and came for the resettlement in 2010. They came back to their home without anything. Further, many families had lost their loved one or many and resettled people came with unrecoverable war injuries. People faced many struggles and it’s continuing. But people are recovering with great support that you all gave on the right time has good feedback in the past 5 years. Many families are steadily recovering. I know Vanna Rehabilitation Volunteer for the last few years. He is always thinking to support very poor people and venerable people through “Vanni Rehabilitation”.He used to visit personally to the affected families and took initiatives giving immediate support. Those families now live with hope. His frequent visits confirmed the projects run as expected. The vulnerable people still need your support and assistance. I am sure that Vanni Rehabilitation Volunteerwill continue his task and helps to vulnerable people.

I am a human right activist. At present, I amrunningCDI (Child Development Initiative) through which try to help the war widows, orphan children, and families of prisoners and the disappeared. I have been working with displaced people since 1977 and continued to assist them very closely since 2009 during the crux of the war. I have visited them in the IDP camps, hospitals, jungles and in their resettled areas to provide for their immediate needs and rehabilitation. The so-called resettlement ended with more than a lack of people resettled in the jungle of Puthukudiruppu (PTK) in September 2012.